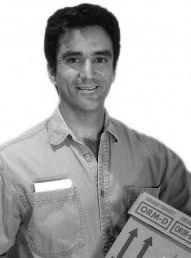 Clint has been involved with the business since he was knee high to a grass hopper, often seen following his Grandfather Malcombe around the yard. While completing his schooling at Melbourne’s Haileybury College, he worked in his spare time in the family business. Clint now heads up the Operations department at Millers. He lists spending time with family, water skiing, watching football and cricket as his pastimes. As with all the Millers, he is a family man first and foremost and enjoys his home life with wife Kellie and his three children. Being personally touched by the tragedy of the Black Saturday bushfires, Clint responded by donating his expertise in transport to assist those who had been affected